Full Self-Driving Price to Increase by ~ $2,000 on Monday as Tesla Rolls Out Beta Features 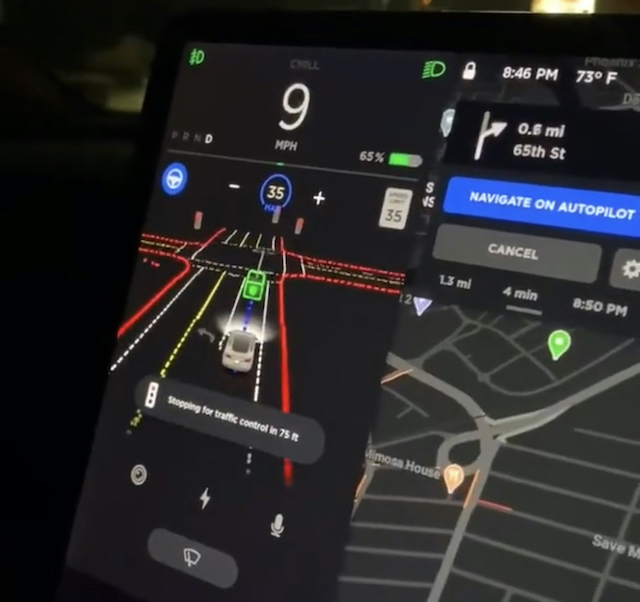 According to a Tweet by Tesla CEO Elon Musk, “now that Tesla FSD beta is out in limited release, FSD price (new or upgrade) will go up by ~$2k on Monday.”

This price increase comes after Tesla started rolling out its Full Self-Driving Beta earlier this week. Features enabled in the beta include autonomous lane changes off of the highway, the ability to select forks to follow a navigation route, navigation around vehicles and obstacles, and the capability to make both left and right turns.

Users are expected to “pay constant attention to the road, and be prepared to act immediately, especially around blind corners, crossings, intersections, and in narrow driving situations.”

Tesla additionally warns in its release notes that “Full Self-Driving is in early limited access Beta and must be used with additional caution. It may do the wrong thing at the worst time, so you must always keep your hands on the wheel and pay extra attention to the road. Do not become complacent.”

The Beta release is currently only available to owners in the Early Access program, with a wider rollout expected in the coming weeks.

Musk added that the price of FSD will continue to rise as the software gets closer to true Full Self-Driving capability with regulatory approval, with the value potentially being in excess of $100,000.

Demand for Full Self-Driving should increase over the weekend as current owners lock in the $8,000 price, which may be advisable.

Tesla’s Beta release proves that Full Self-Driving is rapidly improving, and that price increases will coincide with new features. It is likely that Tesla will continue increasing the price of Full Self-Driving until it reaches an option price that new car buyers can no longer bear.

It is possible that Tesla’s already equipped will Full Self-Driving will appreciate over time, which may be a consideration for those that plan to hold onto their Tesla to sell within the next few years as Tesla completes the feature set.

Only Used Tesla: The BEST Place to Sell a Tesla for TOP Dollar.
contact@onlyusedtesla.com Made in USA. Get OUT!