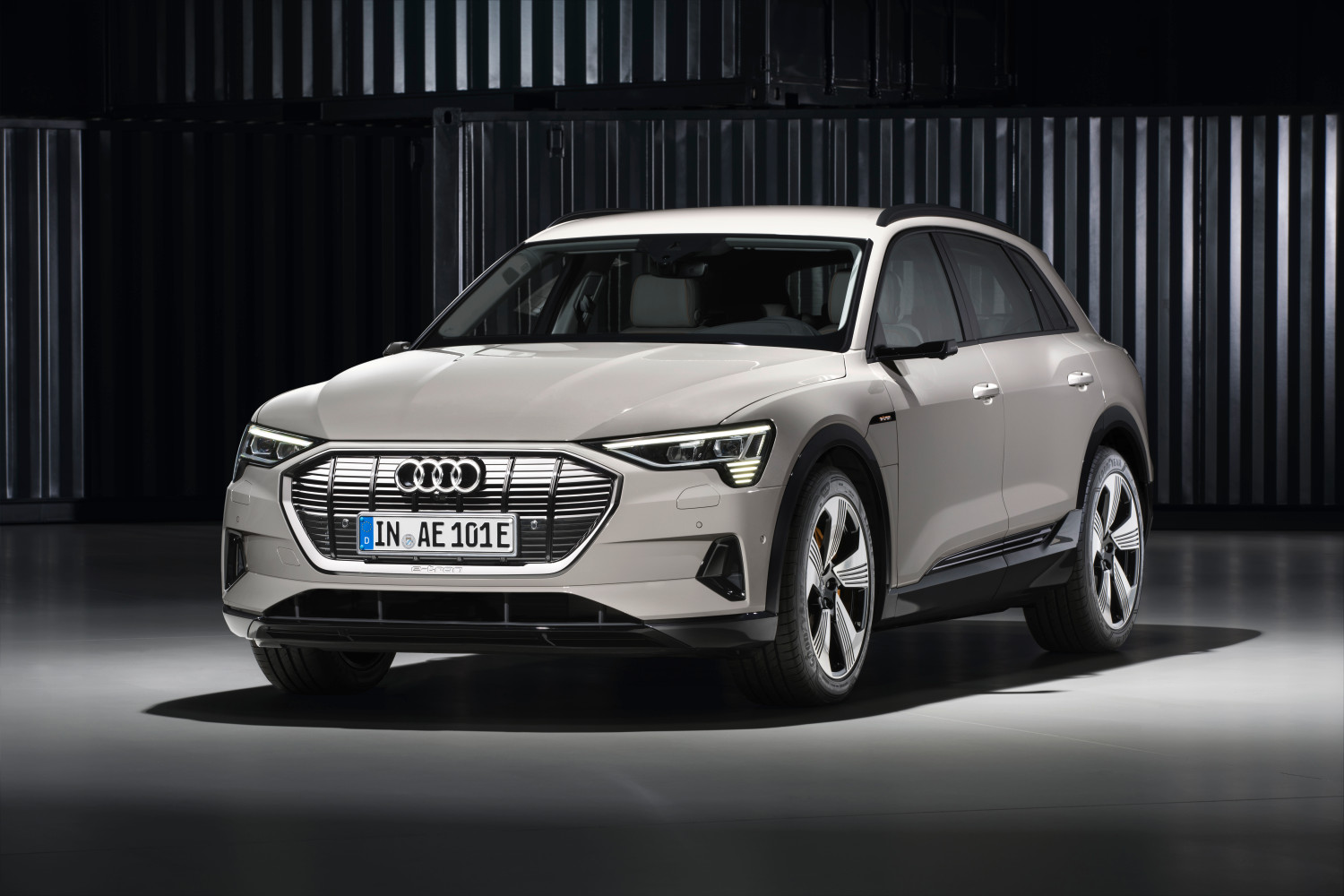 I was reading an article recently about Audi’s new e-tron electric SUV. It starts at about $75K, diffuses energy from collisions to protect the battery, and most importantly, beats the Tesla fast-charging record of 120kW. 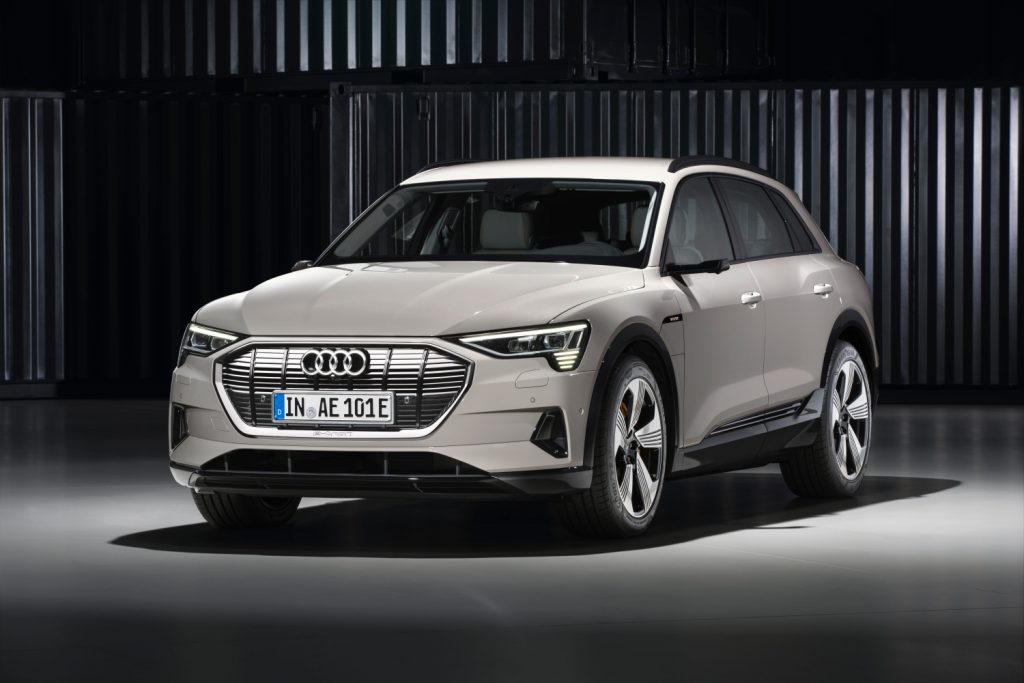 Great news! For just 75K, you too can help push the fast charging standard forward incrementally. Why am I underwhelmed, and I’ll admit it, a bit salty Tesla didn’t do it first?

Well, since some sources claim that almost 30% of a vehicles price goes to the dealership, I wonder if people wouldn’t be happy getting that e-tron for $25,000 less instead of saving 7 or 8 minutes of charge time while traveling.

In reality, the real amount of money your dealer makes off you is relative to the deal you make with them. But there’s a sucker out there somewhere, and there’s a slimy salesman hunting him. Just check out these “stealerships” in Utah and Florida.

My point is, fast charging is important, but it’s not the direction the industry needs to push forward right now. The revolution we require right now is not one of design, but of distribution.

Demand for Teslas was so high last quarter that the company couldn’t ship all its cars out on time. Elon called it a “delivery logistics hell.” 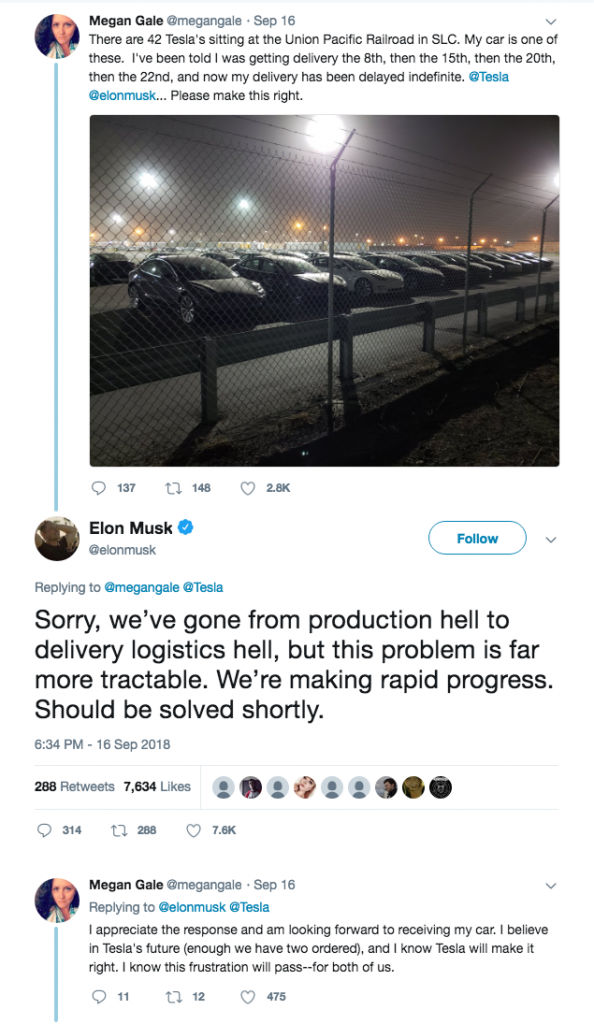 Foreseeing problems of scale in advance, Elon Musk has been trying to open factory stores across the U.S. since 2014 to a lot of pushback. Instead, he’s been consistently fighting protracted legal battles all across the country. And despite ironically being the primary reason for his troubles, dealers are saying ‘I told you so.’

Many forecasts are predicting that in less than a decade EV’s will be price competitive even without government subsidies. That means Tesla’s logistics nightmare is going to get a lot worse if something doesn’t change by then.

It’s a real problem. If Tesla seeks help from dealerships, then all the disadvantages of dealerships come along with it. But so do the advantages. They could easily help with his logistical nightmare. And the reality is that many used EV’s end up in the hands of dealerships anyway. I have working relationships with several dealerships myself.

Tesla has produced more than 50,000 cars this year alone, and that number will only continue to rise with demand increases and price drops. In a decade, that means more than half a million new used Teslas will be introduced into the market.

Despite the used Tesla inventory on Tesla’s site, most sales are still handled by the sellers themselves, and those sellers often sell to dealerships out of convenience, even though in those cases the sellers are losing money by not selling it privately.

Dealers operate as independent businesses, and for Tesla, this means dealers would have control of the entire purchase process, over servicing and maintaining Tesla vehicles, and most importantly, over Tesla’s customer service. Tesla couldn’t do anything if a dealership selling their vehicles wanted to employ shady sales tactics, or lie about a vehicle’s history, or run some elaborate financial scam. 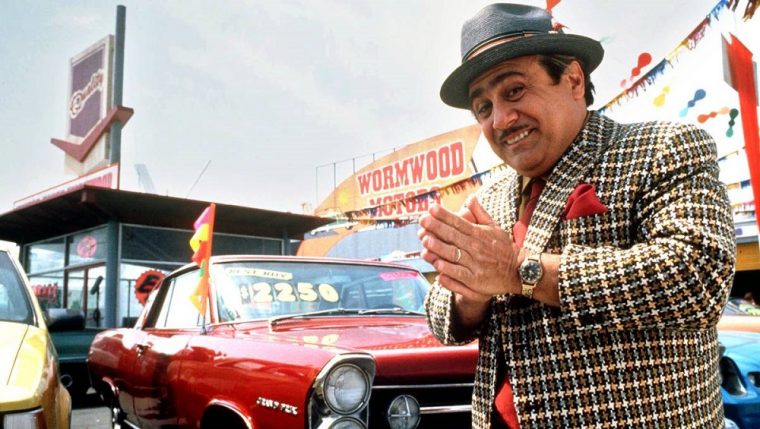 Like I said, there are plenty of reputable dealerships, and I’d like to hope those would be the ones still around in a decade or so as they all gobble each other up in response to the tech wave threatening them. But with those bigger companies will come more buerocracy, and more fees.

And no matter what, when a car goes through a private dealership as part of the used vehicle process, it’s no longer in Tesla’s hands.

That’s been worrying me.

Unlike the shiny “like new” used Teslas you can get now, driving old, beaten up, improperly maintained Teslas is going to be completely different. I don’t want that. That’s not supposed to be what driving a Tesla is like.

Consumers are tired of dealing with the shady salesmen stereotypes. And now, technology allows them the alternative of skipping out on salesmen completely. Sure, you have to wait for delivery, and for some that’s a dealbreaker, but not for most. Either way, I still believe that consumers, not regulations, should dictate what’s bought… and how.

That’s why OnlyUsedTesla.com is going to be changing in the upcoming months by introducing dedicated selling agents.

Just like you’d get an agent to sell your home for you, our agents will help you sell your used Tesla, netting you a higher price than you’d get otherwise, but without any of the hassle of selling it yourself.

You would pay a flat, transparent pecentage (I’m thinking around 1%, but I’m still working out the details) and only be charged when the sale is complete. The vehicles would be listed on the site, but the agents would also actively pursue the sale for you.

Agents will be highly trained and capable, and even though buyers will probably ultimately pay the same price, more of that payment will actually go to the previous owners by leveraging the technology we have available to us instead of actively fighting against it.

If you’re interested in learning more before the changes go live (no concrete date on that yet), or in selling or buying a used tesla, or even in the possibility of becoming an agent, contact me at contact@onlyusedtesla.com , Adam Qureshi. onlyusedtesla