Tesla CEO Elon Musk Tweeted Monday night that the price of Full Self-Driving Capability is set to rise by “~$1,000 worldwide on July 1.”

This approximated price increase would bring the price of Full Self-Driving (FSD) to ~ $8,000, up from its current $7,000 price.

Tesla had previously raised the price of FSD by $1,000 on November 1st of last year, with the disclaimer that the price would continue increasing over time. Alongside the announcement of a second price increase, Musk stated that the “FSD price will continue to rise as the software gets closer to full self-driving capability with regulatory approval. [At] that point, the value of FSD is probably somewhere in excess of $100,000.”

This comes after Musk revealed recently on an earnings call that Tesla has plans for a Full Self-Driving subscription that would allow customers that didn’t configure their Tesla with the feature to pay a monthly fee to access it. The subscription would come at a cost that would be in excess of the upfront price, which implies a cost of $149-$299+/month.

Prospective Tesla owners can configure a new vehicle with the option added at its current market pricing today. Current Tesla owners also have until July 1st to add Full Self-Driving Capability to their Tesla at a cost of $7,000 via their Tesla account.

Elon is making good on his word that Full Self-Driving would increase in cost over time as it becomes more valuable. While he isn’t necessarily wrong that the value of true autonomy could be in excess of $100,000, we find it unlikely that Tesla would price themselves out of the consumer market. The price of FSD will likely continue increasing at a gradual pace as Tesla rolls out new features.

–
The BEST place to sell your Tesla for the MOST cash. contact@onlyusedtesla.com 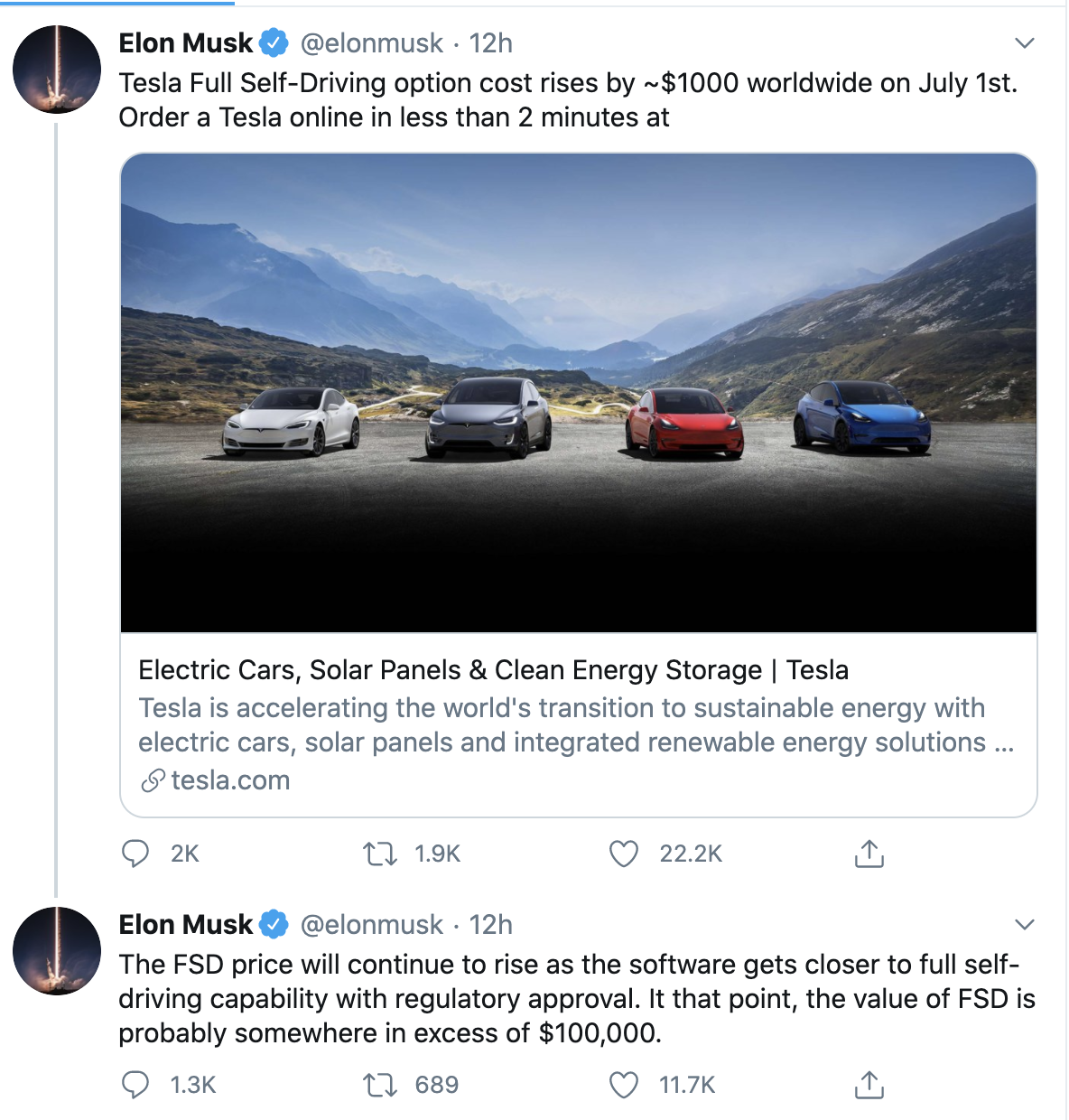