Elon Musk made the first Model S Plaid deliveries last night in Fremont, California while outlining the features and specifications that make up the new high-end trim of Model S.

The event took place on the test track outside of the Fremont, California factory on Thursday evening at 8:45pm PST. Deliveries for the original Model S began roughly nine years ago just outside of the same factory. Plaid takes it “to a whole other level.”

Tesla developed Model S Plaid to showcase that an electric car can be better in every way, including performance and safety. No other production car has ever done 0-60 in under two seconds, while still maintaining a 390-mile range in its Tri-Motor Plaid configuration.

The Supercharging speed of Model S Plaid is quoted at 187 miles of range in 15 minutes, the quickest of any Tesla to date.

The electric motor has a carbon overwrap rotor, which was a feat of engineering in itself that required a new custom-designed machine for manufacturing. The motor goes up to just over 20,000rpm.

Plaid has the lowest drag coefficient of any car ever made at .208, measured with wheels in motion. This partly enables the overall improvements in efficiency and performance.

The heat pump is 30% better at heating the cabin than previous solutions, with very little degradation in cold weather.

Furthermore, the car is capable of sustained performance meaning that drivers can continuously take it on the track and maximize acceleration potential.

25,000 Superchargers across the world are now fully-developed, enabling freedom of travel.

Tesla thinks Model S Plaid will achieve the lowest probability of injury of any car ever tested — keep in mind all five of the top cars in safety testing are already Tesla’s.

The interior is designed to feel futuristic and better-suited to media, along with ventilated front seats and a modern design that makes previous generations fittingly feel “last century.”

The cabin is optimized for Autopilot and visibility, with a heads-up display for the driver. Auto Shift gets rid of stalks, with the software sensing whether the driver wants to drive or reverse. It geotags driver movements so the software can adapt to different situations and locations. A redesigned backseat provides a more comfortable experience for passengers.

There are now hidden vents with intersecting columns of air that are varied to create an invisible air conditioning system similar to the climate control systems of  Model 3 and Y. It’s a tri-zone design for the driver, passenger, and backseat.

A 17” touchscreen provides a cinematic experience along with “incredible sound” and the capability to play full-fledged “PS5-level performance” console games. It features an all-new UI with gestures and support for new apps/streaming services, along with new options for customizability. Musk announced that Tesla will also add waypoints based on the audience’s suggestion. The in-cabin media experience is going to become important as Full Self-Driving is rolled out.

A new 22-speaker sound systems was designed by Tesla Audio, with Tesla acoustic glass and noise canceling that’s designed to keep the cabin impressively quiet even at highway speeds. Tesla will continue updating, tweaking, and adjusting the audio system over software updates and adapt to various multimedia apps and data rates.

Plaid maintains 1000 horsepower up to 200 miles per hour, far ahead of any previous Performance model which typically tapers off somewhere between 100-150mph.

Tesla delivered the first 25 cars at the event, with hundreds of car expected to be produced weekly before switching over to a thousand cars per week at some point next quarter.

New orders can be placed on tesla.com starting at $129,990 and delivered as soon as this month.

———-
Interested in Listing or Upgrading YOUR Tesla? The BEST place to get TOP dollar for your used Tesla. MADE IN NYC
Browse the listings now https://onlyusedtesla.com/listings/ or
feel free to contact us directly at contact@onlyusedtesla.com today! 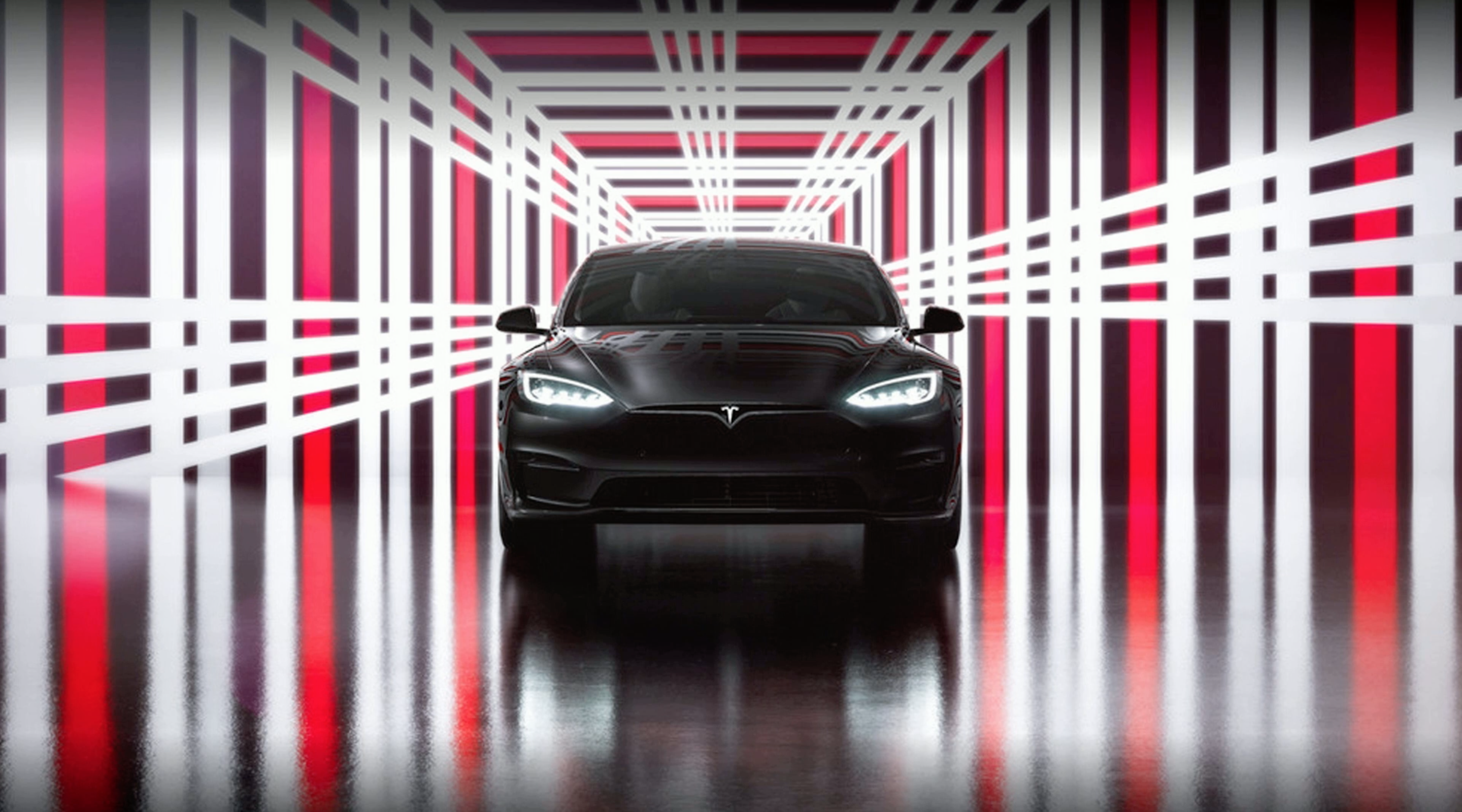