Tesla’s Model Y Standard Range has been rated by the EPA, despite no longer being offered for sale.

The EPA released its range rating for Model Y Standard Range: a total of 244 miles, which matches Tesla’s claimed range for the vehicle.

Model Y Standard Range was previously offered by Tesla as a base configuration that offered the same features of the other configurations with 244 miles of range, which Elon Musk deemed as unacceptable.

While Tesla had stated that Model Y Standard Range would continue to be offered off-menu, it’s limited to the availability of existing inventory which seems to be nonexistent.

It was the best value of perhaps any Tesla released to date, and now the EPA backs up our presumption that it was the most efficient electric SUV as well.

Unfortunately the EPA releasing the results of its testing has no bearing on whether Tesla will re-introduce the discontinued configuration, as any vehicle offered for sale (even shortly) has to undergo EPA testing. We hope they do, but this news provides no insight into Tesla’s plans. 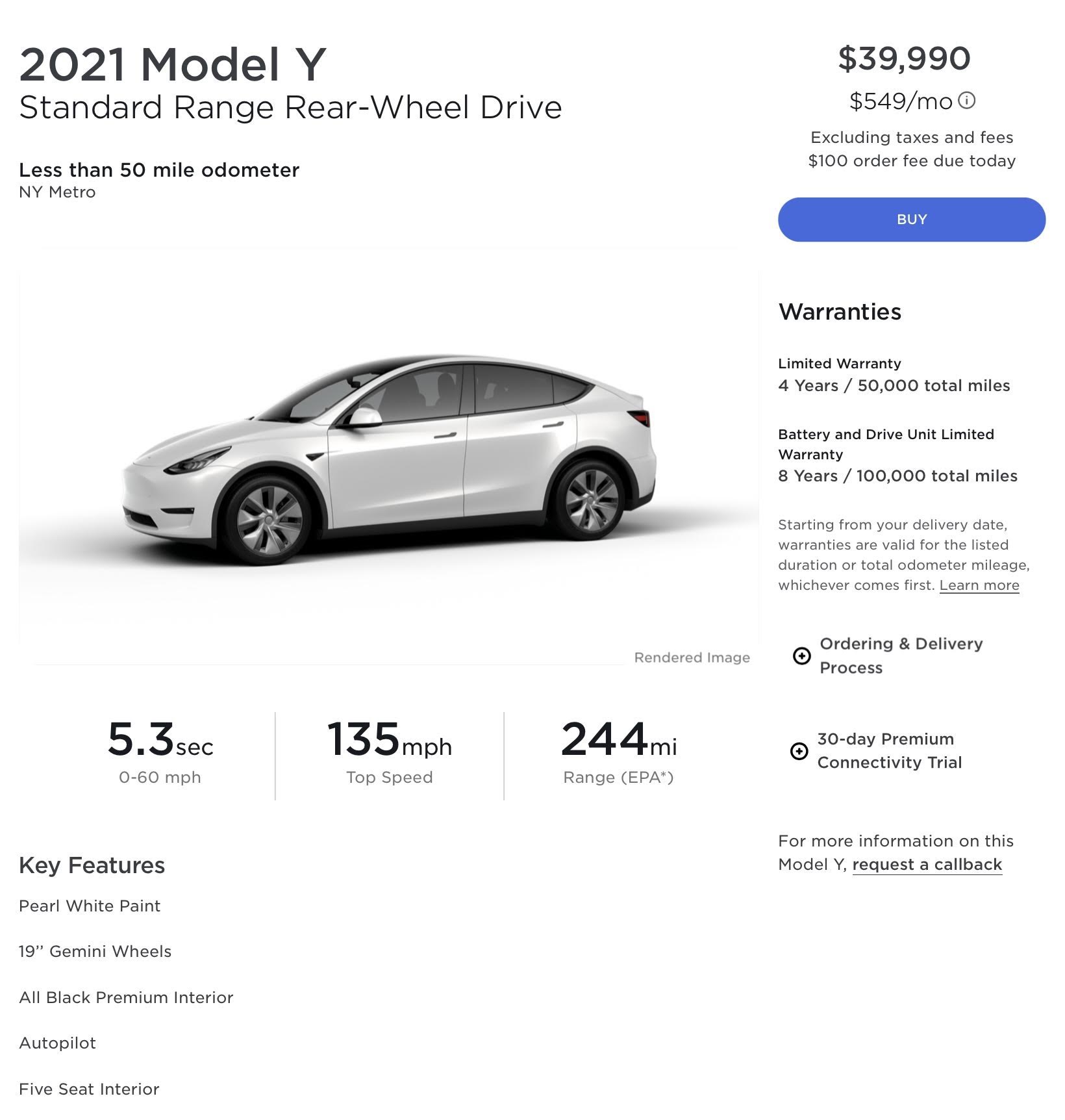