Revel’s plans to launch a ride-sharing program utilizing specialized Model Y taxi’s have been circumvented by the New York Taxi and Limousine Commission.

Revel had previously planned to utilize fifty custom-wrapped Model Y vehicles with special driver and passenger provisions to accelerate the electrification of the New York taxi scene. The company had intended to hire drivers, thereby providing a regular $15/hour wage and benefits.

The New York TLC voted 5-1 to close a provision that would have allowed Revel to license electric vehicles for the purpose of for-hire taxi services. This decision comes despite passionate testimony from environmental groups and prospective Revel drivers. Ultimately licensed taxi drivers who testified convinced the commission that the additional competition would hurt their prospects and add to already congested New York City traffic.

To their credit, there are currently 86,000 licensed for-hire taxi vehicles that haven’t given a trip since March 1st and many have been put out of service altogether. The issue was that the provision would open the door to an unlimited number of newly-licensed electric vehicles being put on the streets; however, getting rid of the provision would “guarantee a monopoly for the Silicon Valley ride-share giants, the status quo of gas cars and drivers without rights” according to Revel co-founder Frank Reig.

As of now, Revel’s plans have been directly opposed although it may be possible for the company to purchase taxi medallions should they decide to continue forward.

It’s understandable that licensed taxi drivers would oppose a provision that opens New York City up to a considerable number of new for-hire taxis that can circumvent traditional systems already put in place by the commission. The fact that they’re electric and better for the city is irrelevant from their perspective.

However, Uber and Lyft have already been taking over business from traditional taxi’s. We believe that the TLC should give special consideration to Revel, who are operating a business that could be potentially sustainable and a means of making a decent living for drivers. Their growth curve isn’t expected to be exponential, and fifty taxi’s is a start that wouldn’t be notably detrimental to the taxi industry.

If customers choose to hail a Model Y from the Revel app compared to other alternatives, then that should be their decision and the market should dictate the business model. Whether it’s a for-hire service such as Revel or a competitor, ride-hailing apps are the future of the taxi industry as are electric vehicles. The TLC should revisit this provision, adapting to driver complaints, and modernize their policies. 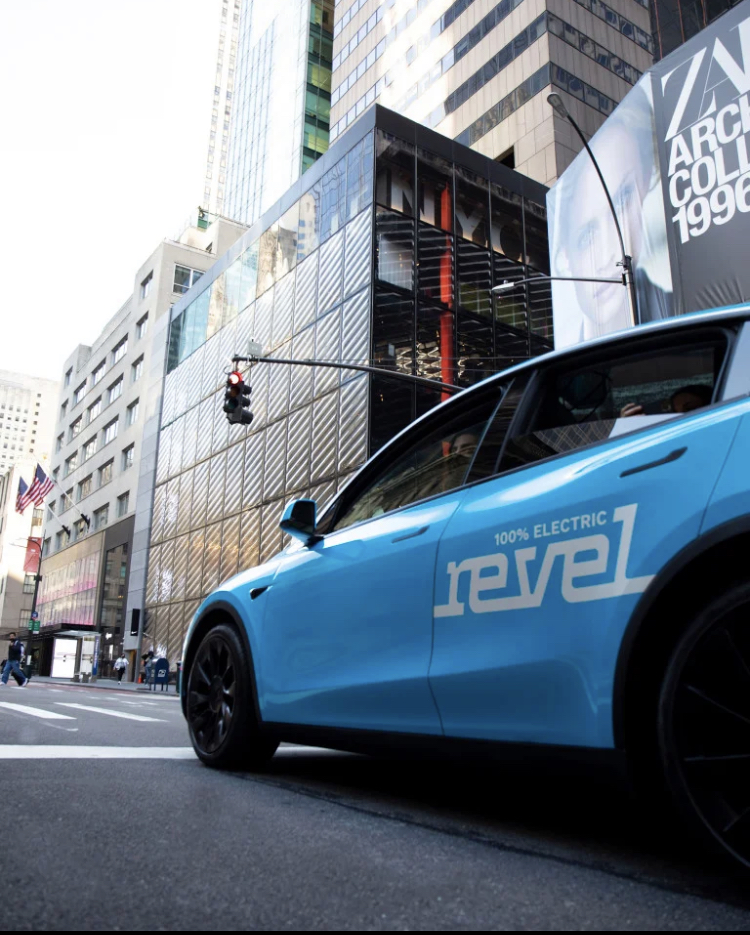