Tesla has made a Seven Seat Interior available to order on Model Y.

Adding a Seven Seat Interior includes a third row with seating for two complete with color-matched vegan leather, independent headrests, USB-C charging, and a second row that folds flat for convenient entry. Both the second and third rows can fold flat for additional cargo storage.

The interior is designed for easy access, with buttons along the side of the trunk that automatically fold down the second-row seats. There are also buttons on the seats themselves (although they aren’t motorized and need to be folded down), with the Seven Seat Interior option adding second-row seating that can be manually adjusted.

The recently-launched Standard Range and Long Range All-Wheel Drive configurations can be equipped with either interior option, while the Performance model is limited to the standard Five Seat Interior.

The Seven Seat Interior option costs $3,000 and vehicles equipped with the option can be delivered in as soon as two weeks.

Model Y now matches the maximum seating capacity of Model X, which is an impressive way to generate demand for Tesla’s mid-sized SUV.

However, the third-row seating appears to feature considerably less room for passengers than it does on Model X in the pictures we’ve seen. In our opinion it seems more similar to the rear-facing seats previously available on Model S, which were designed for children.

Early reports suggest that headroom and legroom may be lacking for the average-sized adult, and Tesla has updated its verbiage to the Seven Seat Interior seating “seven people” rather than “seven adults” as the automaker had originally intended.

Nonetheless it’s available for almost $40,000 less than the cost of a comparable Model X, and the third row also comes equipped with cupholders. 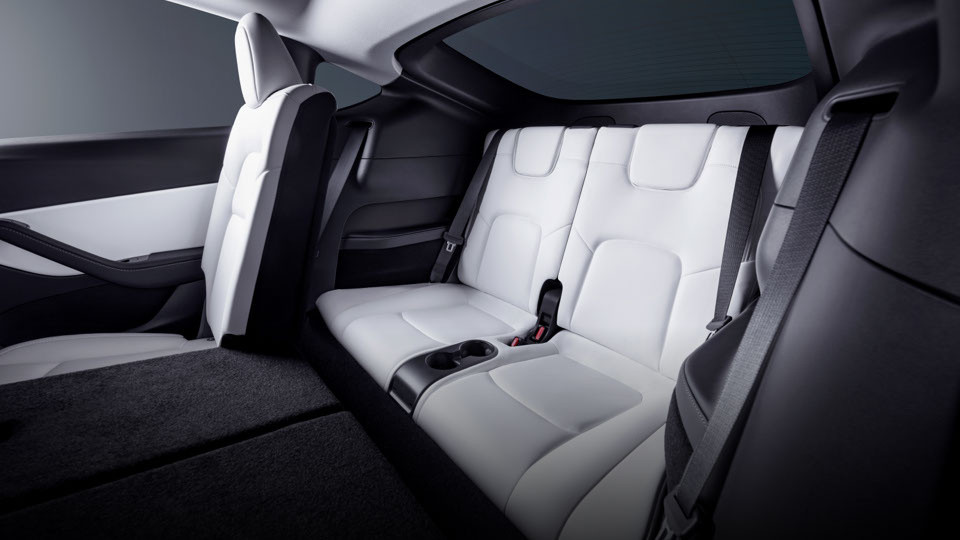