Tesla and Its Unique Opportunity to Disrupt an Entire Industry 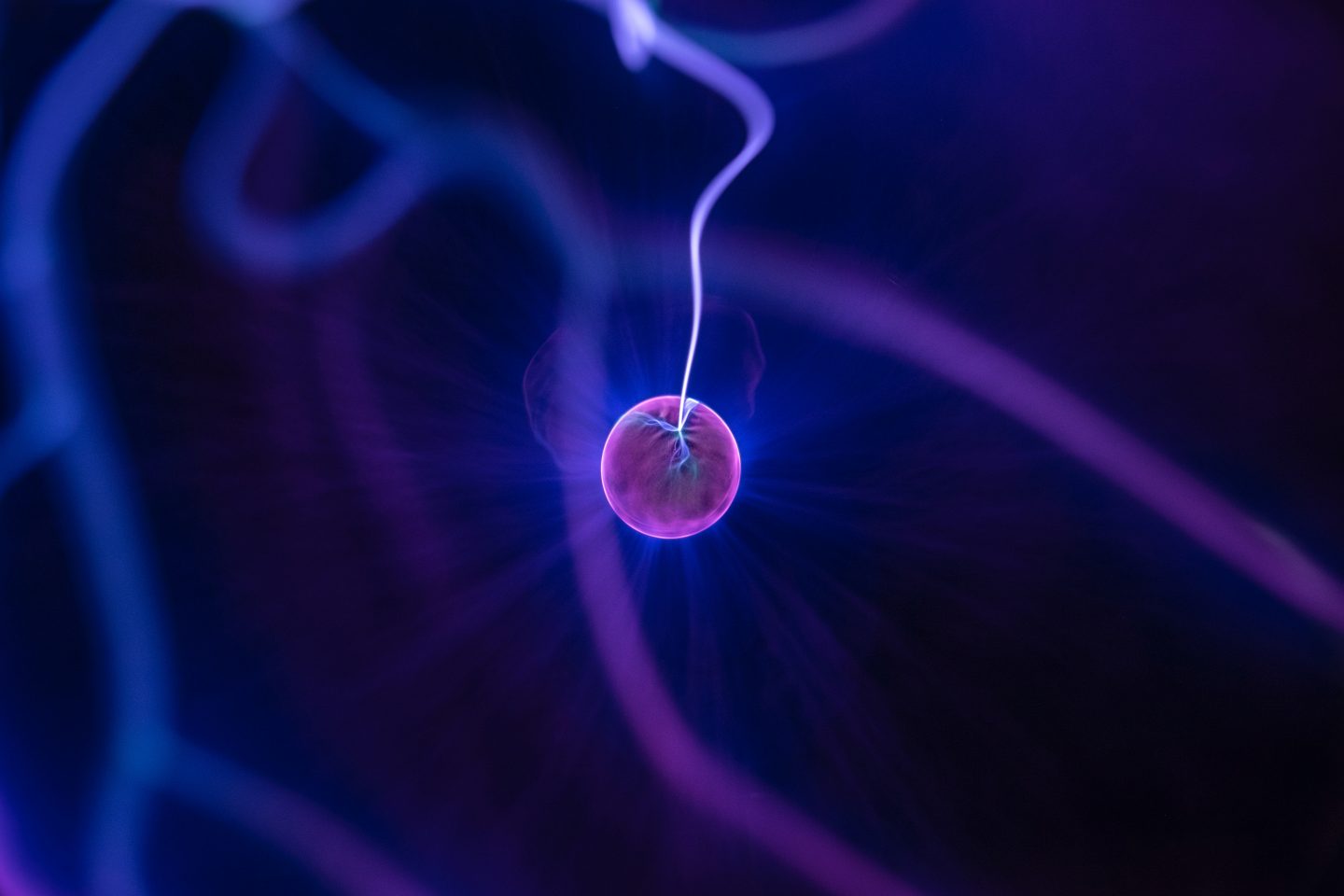 It may be hard to remember, but it was not so long ago that Nokia was one of the most popular phones in the world. They were everywhere. And when they got to look at the brand new iPhone, the first generation, they simply shrugged. Ultimately, they saw it as non-threatening – after all, iPhones at that time were being produced at a tiny fraction of the total number of Nokia sales. But we all know how this story ended: Nokia collapsed into irrelevance and now the iPhone reigns supreme. Funny how that works.

Today, when most established car companies look at Tesla they have the same reaction: We can do that too, they say. Tesla’s car sales are a tiny fraction of ours, they say. Perhaps they even think they can someday roll out their own electric car line in the future. Nokia was so terribly wrong when they judged the iPhone. What’s the chance these established car companies are just as wrong about Tesla?

The point of this comparison is not to say that Tesla will replace all its competitors. However, it is a lesson on the importance of disruption. Disruption in an established industry happens when the rules of competition are changed entirely. Nevertheless, not every change is necessarily a disruption. Sometimes, changes can be learned and absorbed by existing competitors. However, once in a while the fundamentals are so altered that everything is rewritten. This, then, is what we call disruption. And that was the Apple iPhone, way back in the day. All being said though, disruption is difficult to predict; to understand who and what will be affected in the value chain is naturally impossible with any degree of certainty. Sometimes, the people who bring the disruption might not even benefit from it. For example, Apple brought us the PC but never ended up dominating the PC market. Simply put, being first does not necessarily give one a competitive advantage.

So what about Tesla? Although we can’t predict disruption, we can get a hunch of where it’s going –and there are quite a bit of hunches leading us in the direction that Tesla is here to stay.
But we need to ask ourselves these basic questions:

Arguably, Tesla checks off on all or most of these. Let’s walk through four of the potentials for disruption.

Many in the car industry would tacitly admit that Tesla is quite a few years beyond what most established car companies are doing in the field of engineering. They have effectively proved that lithium batteries can be just as good as internal combustion vehicles. Lithium batteries, however, are not something exotic or new necessarily. Although Tesla will have its own battery production, estimated to be around 15% of global EV battery production in a decade’s time, this is not necessarily all that groundbreaking. After all, everyone will likely be able to produce batteries for cheap in the future. What sets Tesla apart?

Let’s return back to the iPhone. Apple was the first to popularize the touchscreen for the iPhone. Soon, they became an industry standard. Now, every phone has a touch screen. Could the same be said for lithium batteries? Perhaps, but it’s only disruptive to those in the engine business, not actual car manufacturers. We will know in due time whether or not Tesla’s lithium batteries will become the de facto batteries for electric cars and the industry standard. However, Tesla has other aspects far more important going for it than the lithium battery.

It’s All about the Software

The integration of all the components of an electric car is no trivial matter. Doing it better definitely puts you at a significant advantage and this is where Tesla has the most tangible lead compared to its competitors. However, it’s still unclear how this lead will translate to actual successes in the future. The reality is that it is difficult if not impossible for suppliers to make separate software systems for vehicles. This is because there are simply too many parts and a supplier would have to collaborate with the whole to make it work. Of course, it is possible, but this is the kind of thing that those who aren’t in software development think is easy. It’s not, and could easily turn into a complete and utter mess.

Ultimately, it is in the software where Tesla’s main disruption could happen not the lithium battery. Companies would have to internally go through a cycle of learning to create and integrate these software systems. Whereas now, problems that were once physical, such as malfunctions in brakes, are relegated to a software problem that can resolved remotely. That’s a game changer.

The Disruption from Experience

There are many aspects we associate with the iPhone’s disruption of many sectors of the tech industry, but one which is equally as important is the experience of the iPhone. The design is recognizable; the packaging is precise. Everything about Apple’s product you know is theirs, fundamentally. That’s part of the experience of owning an iPhone and that was just as much a disruption as their touchscreen.

The easiest place to see the disruption from experience with Tesla is from its dashboard. The Model 3 boasts a massive screen as the centerpiece of its interior. The purpose of this dashboard also saves money since there’s so few widgets to install. However, with this interior design comes a whole slew of rejections of established norms when it comes to vehicles.

The experience also includes less repairs. About half of all repairs are related to the engine due to oil leaks or broken fan belts. With Tesla, this repair experience that is common for cars is displaced and is no longer the tedious process it once was.

However, much of this “coolness” factor in regards to experience is very subjective. After all, does all this matter that much? Arguably yes, but it is not the primary selling point. It is merely a complement to the disruptive potential present in Tesla’s car line.

The Power of Autonomy

Tesla possesses the ability to not only disrupt the car industry, but also software as we know it. This is because software is integral to its design. This means that Tesla is not only in competition with car companies, but with Silicon Valley itself. However, Tesla is bargaining that it is the data it will collect from its vehicles that will position it competitively for the future. As of now, Tesla’s approach has been to have as many sensors as possible in their vehicles and use that data to build more autonomous units. Data is easy to collect due to the built-in software aspects of Tesla vehicles themselves, something that other car brands simply cannot do yet.

The autonomous data collection by Tesla puts it in a unique position. And this data is valuable. With such technology, Tesla can build self-driving vehicles; it can make autonomy into a selling point, and make it also a point of convenience.

Tesla is effectively betting that it will get these aspects of autonomy working fast enough to get a lead on competitors. So far, it’s been working but the vision is still far from completion. However, given that they have such a head start on autonomy, their train of thought seems to be as follows: the more Tesla cars that are sold, the more data is collected, the more there’s autonomy, and the more cars are then sold. It’s a cycle. This means that there is a strong chance that whoever gets this aspect right will end up taking up much of the market share.

Bringing It All Together

So it is possible that Tesla becomes the de facto producer of lithium battery for vehicles, its software becomes unmatched in the car industry, its design becomes the industry standard, and the data collection from its vehicles propels it to the most profitable car brand in the world.

All of this is in fact possible. However, Tesla seems to be, first and foremost, a company made up of software people rather than car people. Will they get it right? That would be unprecedented. However, all the cards seem to be in their favor as of now. With so many different aspects going on, it’s hard to pin down one particular aspect of Tesla that will propel it as a true disrupter in the car and software industry. However, the gap between ‘car people’ and ‘tech people’ and ‘software people’ needs to be bridged because, frankly, they are in different worlds right now.

However, consider that the telephone world was so different from the software world when the iPhone first came out – and look at them now. They’re indistinguishable. Can Tesla pull off this same level of disruption? If it plays what it has now right, it just may very well manage.

– Adam Qureshi, Interested in buying or selling a used tesla? Email me at contact@onlyusedtesla.com