Introduced as a more affordable version of Tesla’s mid-sized SUV after originally being canceled citing inadequate range, Model Y Standard Range featured 244 miles of range and a 0-60 acceleration on par with Model 3 Standard Range Plus.

Model Y Standard Range has been removed from the configurator as well as the spec page, which indicates the possibility that this may not be a temporary change.

This confusingly comes after Tesla lowered the starting prices of both Model Y and Model 3 earlier this week, dropping the price of Model Y Standard Range to $39,990. At the time pricing for the Long Range All-Wheel Drive model remained the same; however, Tesla has dropped the price of that configuration by $1,000 today.

There has been no reason given behind this change.

It is incredibly odd for Tesla to remove Model Y Standard Range just days after dropping the price as part of a broader change to Model 3 and Model Y.

This shows that the company makes changes perhaps a little too sporadically, at times without a long-term plan.

Model Y Standard Range represented perhaps the best value in Tesla’s entire lineup albeit with range that wasn’t up to Elon Musk’s standards, so it is possible that Tesla has decided to forgo it in favor of a canceled Long Range Rear-Wheel Drive version. They had told reservation holders that that version was canceled, although Standard Range was also originally canceled.

We do think the Standard Range model should be re-introduced as it makes Model Y more accessible at a price point that was $9,000 less than the current $48,990 starting price. 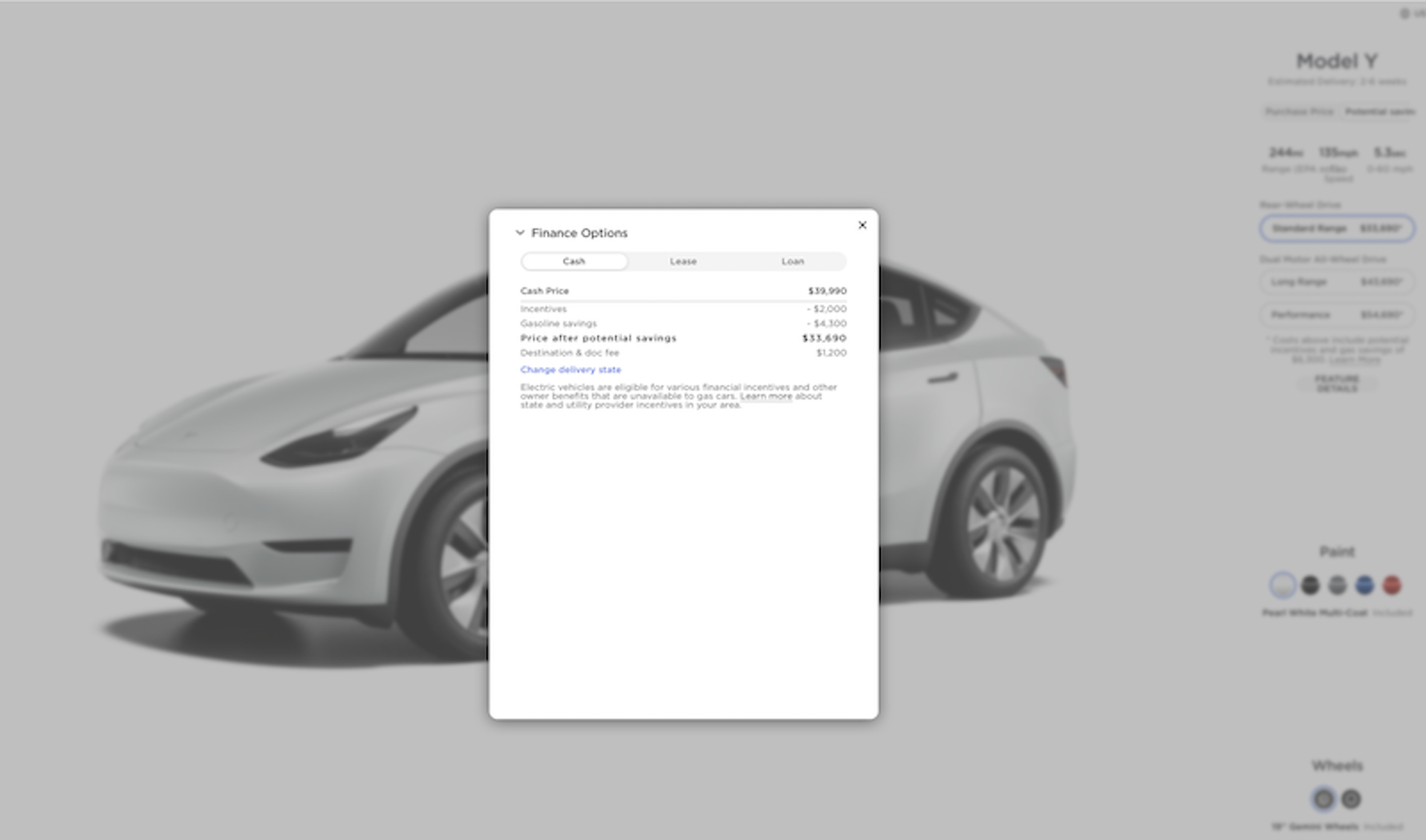