Tesla Refreshes Model Y for 2021, Drops the Price by Over 30% in China

Tesla has revealed a 2021 refresh and a price drop of over 30% for Model Y on its Chinese web-site.

The interior of Model Y has been redesigned, following the changes made to Model 3 for its 2021 refresh introduced last quarter. It includes the new center console with wireless phone charging as well as a heated steering wheel. Additionally, a HEPA high efficiency air filtration system has been added that’s designed to prevent viruses, bacteria, and odors from entering the cabin.

From a design standpoint, the wood accents on the interior have been updated to wrap around both the driver and passenger doors. There have been no changes made to the exterior of the vehicle, which was launched with the chrome delete that was recently added to Model 3.

It is likely that most if not all of these changes will be introduced to the Fremont-produced Model Y.

However, it is possible that the wood trim added to the door panels is a design change that was made specifically for the Asian market. Tesla has been planning to add a HEPA air filtration system to Model Y for some time, so it is likely we will see that added internationally soon to appeal to buyers amid the pandemic.

This may also indicate that a minor price drop is coming to Model Y in America, assuming the price cuts aren’t due to efficiencies of manufacturing afforded by the Shanghai Gigafactory. 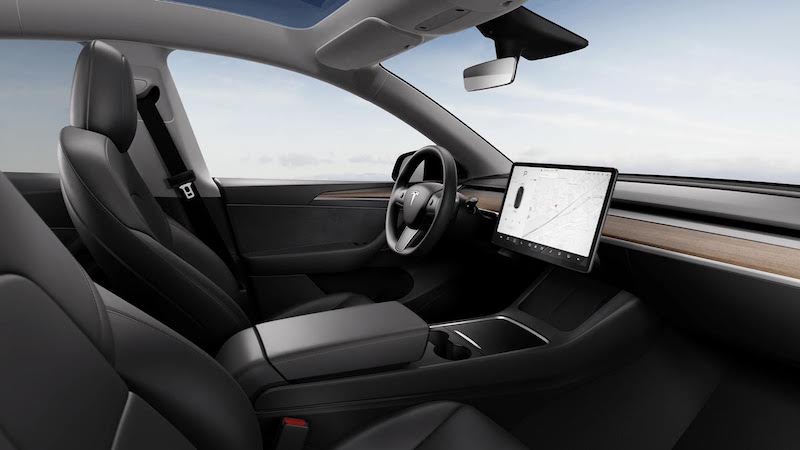