Tesla Starts Building 2020 Model Year Cars: What Does This Mean for the Market? 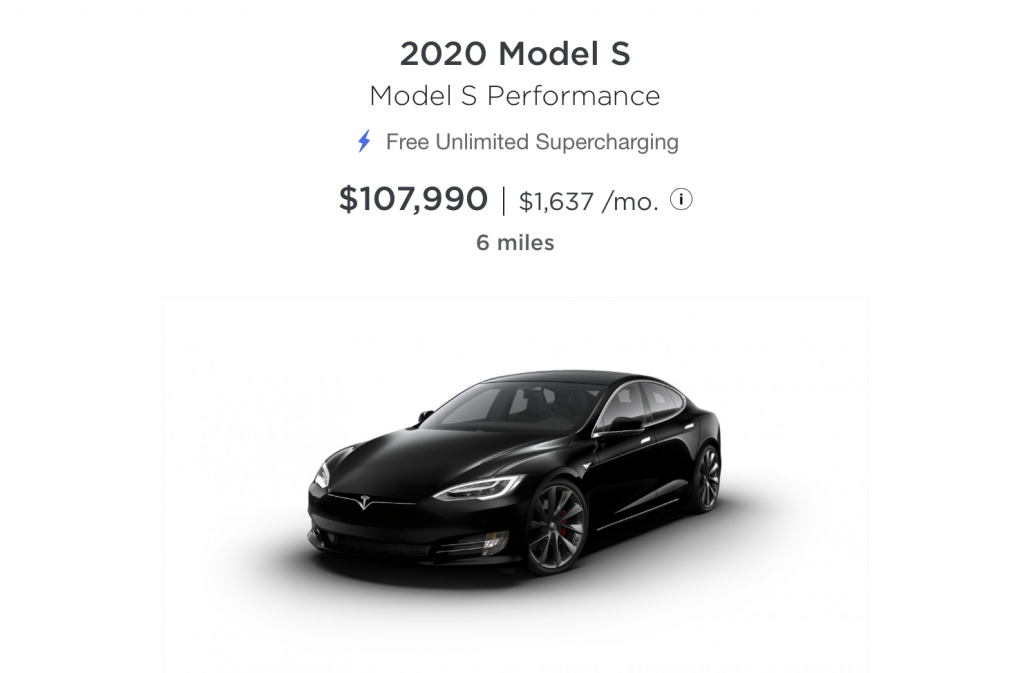 Tesla has uncharacteristically begun building vehicles with a 2020 model year designation, starting in November of 2019.

We were able to locate a new 2020 Model S Performance in Tesla’s new inventory this week. Availability of a 2020 model year this soon is unusual for the company, as Tesla has historically followed a calendar year schedule for its model years.

Following a calendar year schedule caused confusion and dissatisfaction among customers who may have became dismayed to order a new Tesla and receive a vehicle with a model year designation and a build date from the previous year. Typically, a customer wouldn’t have been notified about the model year designation prior to delivery and would have to either reject the delivery and wait a few weeks for a new car or accept the model year and the minor hit it would impart on resale value.

Frankly, automakers do have justifiable reasons for launching a new model year in the preceding year as it makes a vehicle feel new and current to the market for a longer period of time. From a marketing standpoint, releasing a 2020 Model S now is more compelling for prospective customers — even if there are no notable changes compared to a 2019 model built in the preceding weeks.

We find this to be a positive change for both Tesla’s production and the used market. Customers ordering at the start of the year will no longer be worried about receiving an “outdated” model year (respective to the legacy automaker model), and Tesla doesn’t have to sit on inventory with an older model year designation. This may also help with resale value in the short term as well, as a newer model year commands a slightly higher value despite there being no practical differences.

The way Tesla has handled releasing a 2020 model year, by starting production during the last two months of 2019, will have no material impact on the resale value of Tesla’s vehicles. Resale values are more strongly impacted by tangible differences, such as the RAVEN upgrades Tesla launched earlier this year which were the most significant in the history of Model S and X. For the most part only savvy customers would have noted the difference, which is one downside of the calendar year model. While this won’t clear up the same confusion, we try our best to educate prospective buyers on the differences.

To be clear: a new 2020 Model S sold today will still be no different than a new 2019 Model S. However, adopting a more traditional model year system is a step in the right up direction to ensure customer satisfaction — even if Tesla will still continue to make changes irrespective of the model year. Customers should continue to accept whichever model year vehicle Tesla pairs them with, as it has minimal effect on long-term resale value.

We find it’s much more accurate to determine the value of a Tesla based on its features and build date rather than the model year. Please feel free to contact us at contact@onlyusedtesla.com for an up-to-date NPV (net present value) on your Tesla.