Tesla has improved the range of Model S and Model X, while also adding an after-delivery upgrade for Standard Range Plus Model 3 owners. 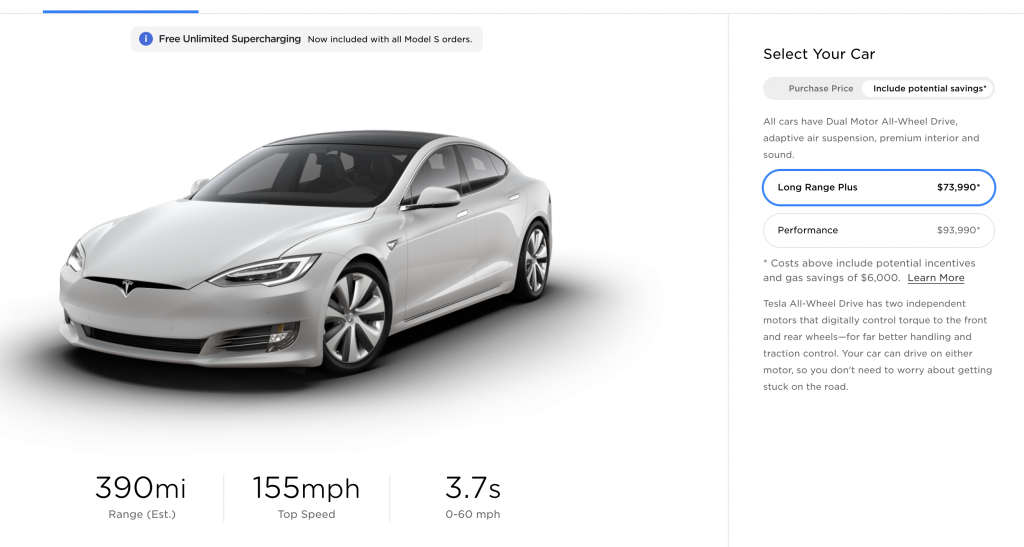 Model S comes in a new base configuration called “Long Range Plus,” which features an improved range of 390 miles. This represents a 20-mile improvement over the previous Long Range offering.

Similarly, Model X also starts with a “Long Range Plus” configuration rated at 351 miles. This is up from the 325-mile range previously offered. Both vehicles can be ordered in a Performance configuration, which features less range due to reduced efficiency. (Tesla no longer offers any other configuration options on its high-end vehicles.)

Both are the official EPA-rated ranges of the vehicles, which may even be slightly conservative. Interestingly, Musk shared via Twitter that the Model S/X have had an improved range for the past few months — the company had simply not updated its EPA rating until now. Small hardware improvements have been made over the past few months.

Musk also confirmed that 400 miles may be possible with “improved wheels/tires,” which may come in the future and be available for previously-made vehicles. The upcoming Plaid upgrades for Model S/X will improve performance, but range will remain consistent.

Additionally, a $300 update is available via the Tesla app for Standard Range Plus Model 3 owners to enable rear heated seats to get them through the winter.

This appears to be more so a re-branding for EPA testing rather than a redesign. The best time to buy either vehicle is when it’s financially viable and fits a user’s lifestyle, as Tesla will continue making improvements. In fact, owners that recently purchased a Long Range Model S/X should also see similar range.

Tesla offering another after-delivery upgrade for Model 3 shows that the company will be able to continue getting more margin out of each car as they offer the option to add and enable features.